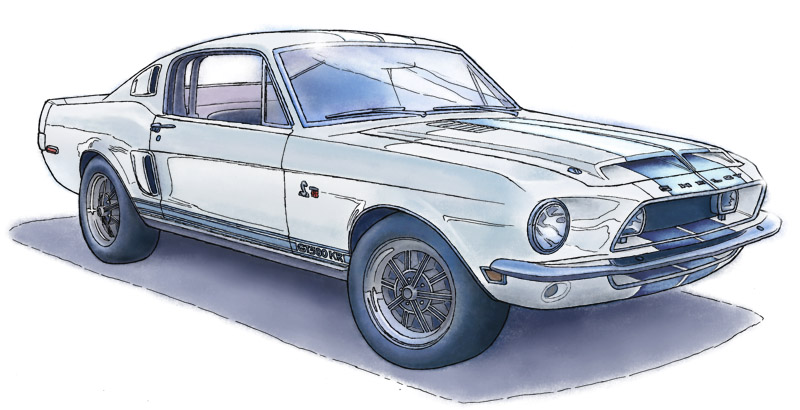 AN INTERSTING MAGAZINE ARTICLE AND A 40-YEAR MEMORIAL ART PRINT OF THE SHELBY GT500KR THAT ARE USING ILLUSTRATIONS.

In 2008, the SVT division in partnership with Shelby American developed a car to revive a legendary name, the GT500KR.

Having been involved in the Montreal Mustang club since 2004, I thought... why not to create an epic article that tells about the original legendary car and the one that came out!

So why not illustrate the cars, the interiors, the commemorative 40th anniversary emblem of the GT500KR and few elements related to the 2 cars. And while I was there, I figured why not write the text by hand rather than using computer fonts that we saw everywhere!

The project was on its way and was produced with that vision in mind.

HOW IT WAS DRAWN?

The illustrations were made by hand using a black felt-tipped pens. The small details were drawn with a fine point and contours with a bigger tip.

In terms of color, the pen drawings were digitized and the color was applied using the professional illustration software Corel Painter.

The layout of such an article was planned from the beginning. Having 2 pages at my disposal, I divided these pages for each year the cars were built.

I started with a photomontage of elements to integrate like photos of cars, interiors, the central commemorative emblem and other elements to illustrate.

This resulted in the writing of the text based on Shelby official press releases made during the 1968 and 2008 GT500KR launches at the New York Auto Show.

Once the texts are written, they are integrated into the photomontage. Some pictures are moved or reduced to get the ideal space to have the text in place.

Once finalized, the text is printed without the images and the handwriting operation begins. So I decide to write the text as I write in life, since high school 3rd grade, in capital letters like in comic books.

This method of writing makes it possible to lines of text closer one to each other, having no "p", "d" and other letters of this type that intersect. The addition of blue curved arrows with white outlines adds movement to rectangular text blocks give the article a new twist.

For a first article, it was spectacular visually and Montreal Mustang club members of the board were excited about this achievement. 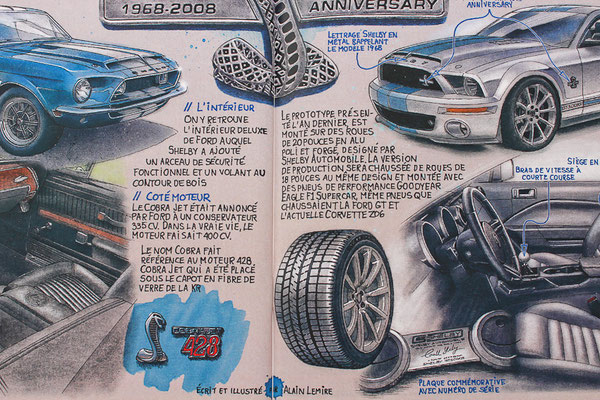 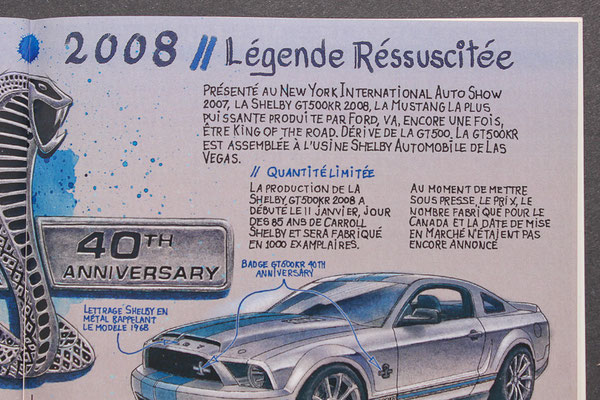 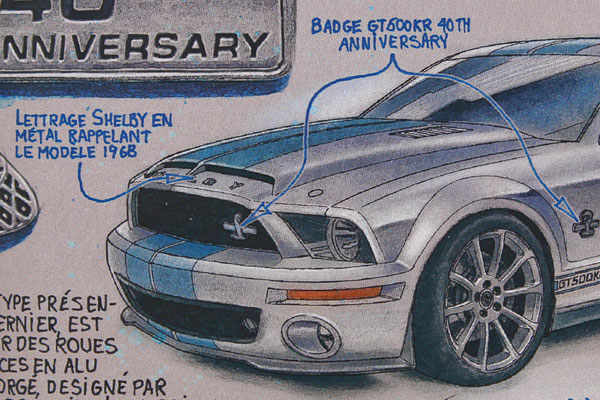 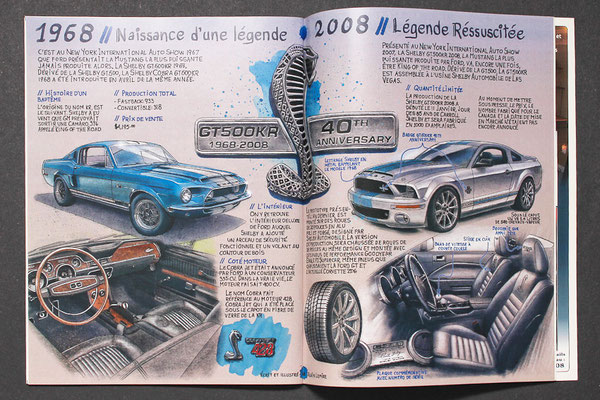 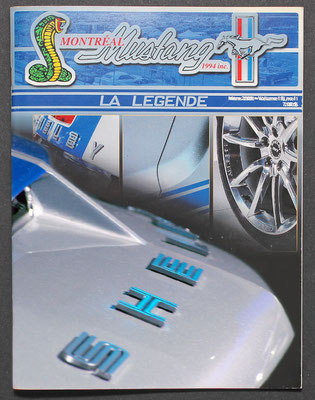 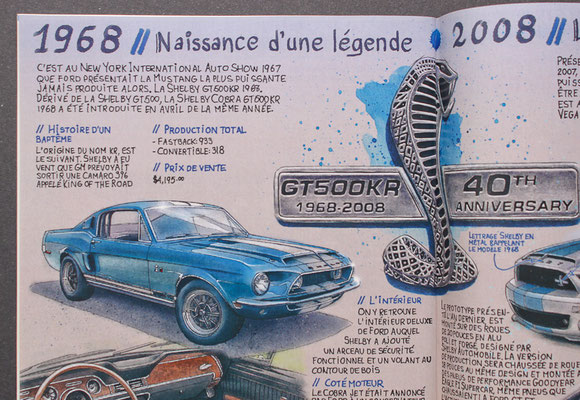 FOR A SECOND USE OF DRAWINGS

Following the publication of the article, an idea came to me. That of making a montage to be used as a commemorative limited edition print.

The text was less detailed and the specifications of the 2 cars were added to the layout with the possibility to personalized the body and stripes by changing colors.

It's possible to buy a 12X18 inches US$50 limited edition english version print on Ebay, If you are an avide Shelby GT500KR collector, it's a great item to buy!