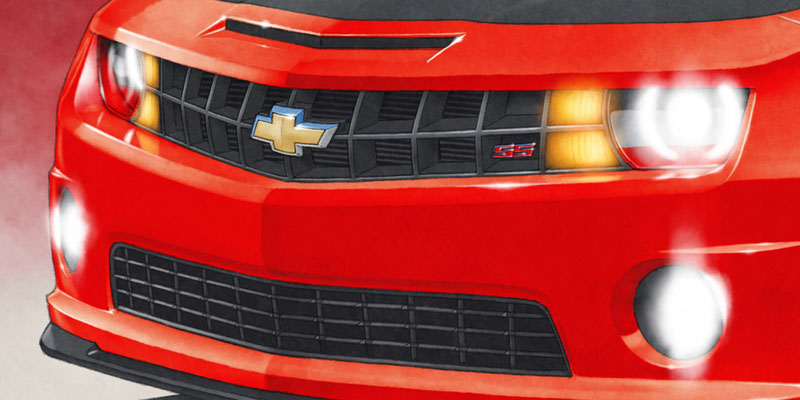 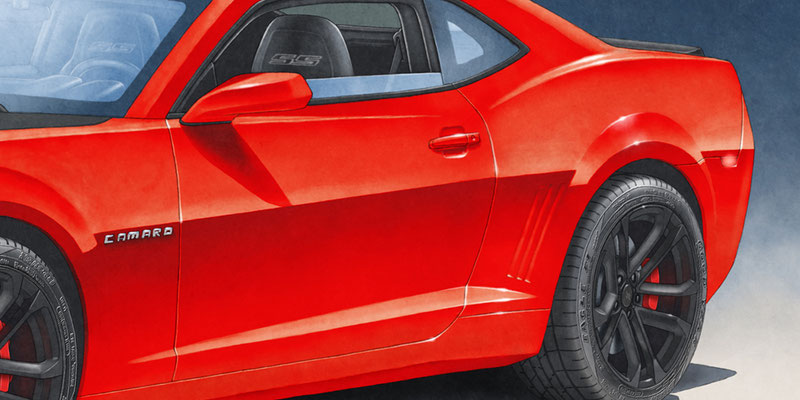 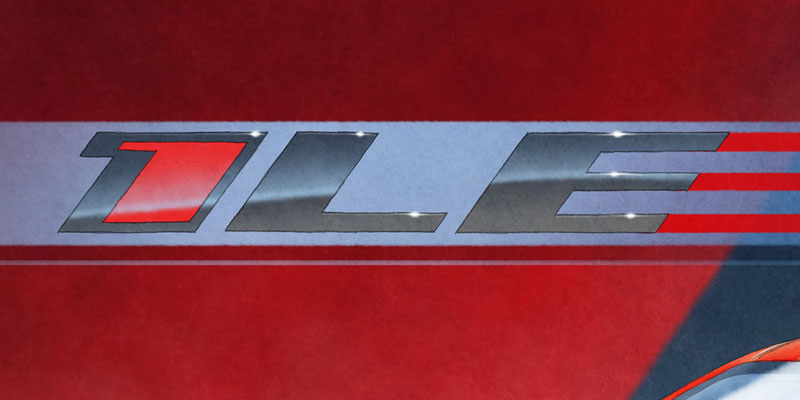 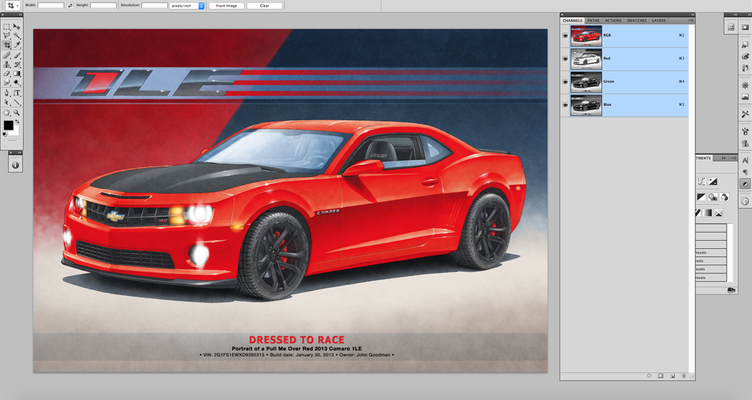 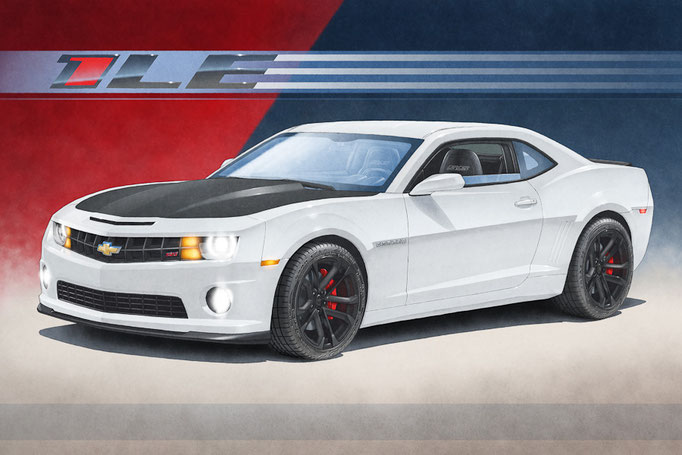 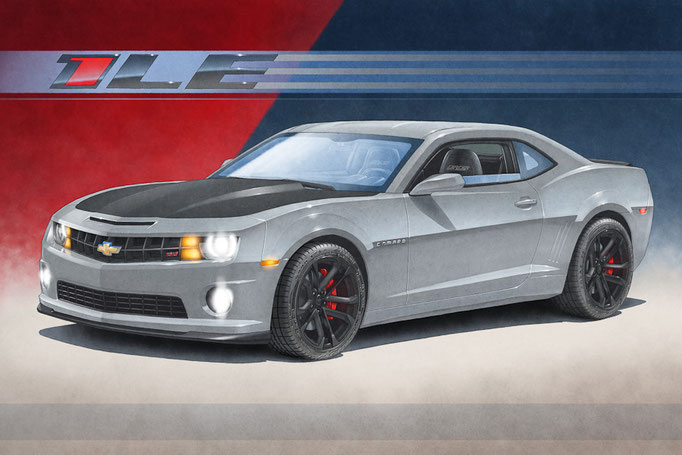 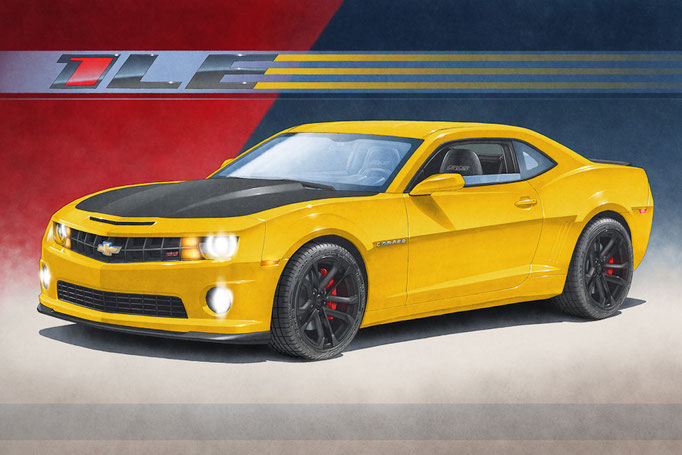 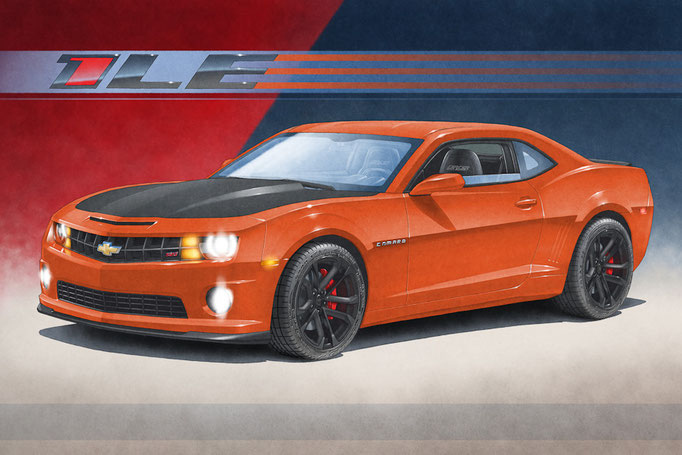 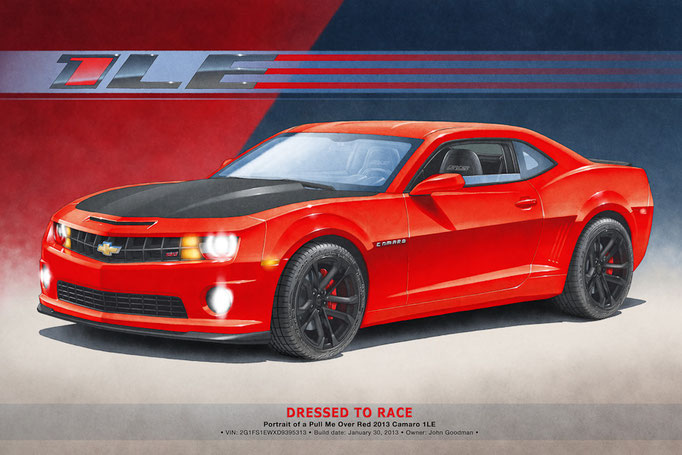 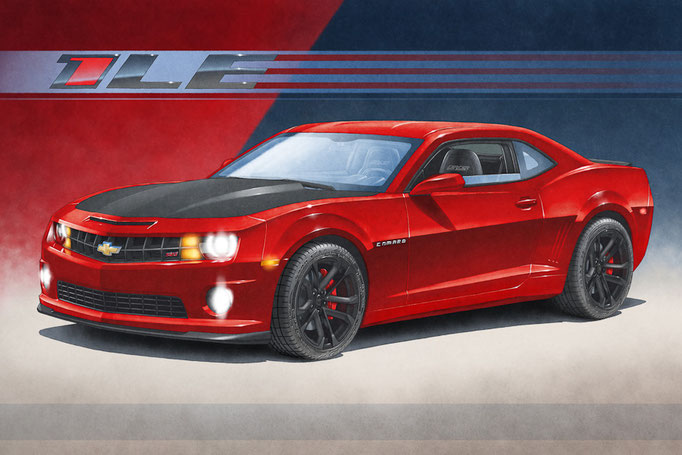 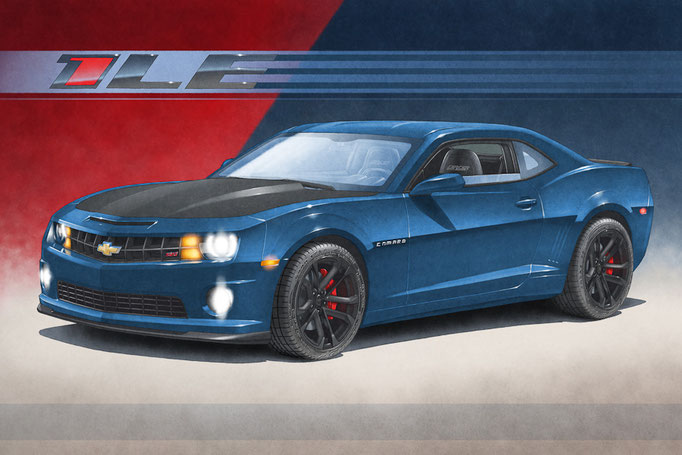 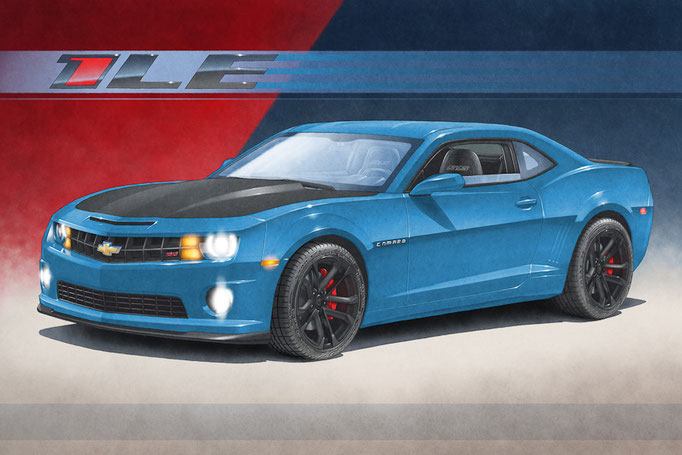 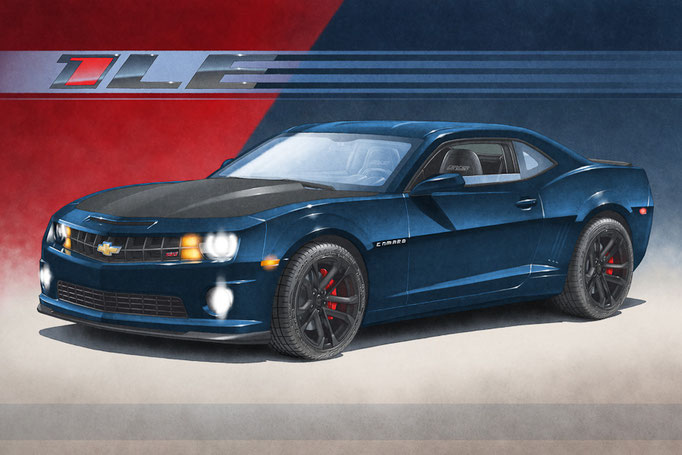 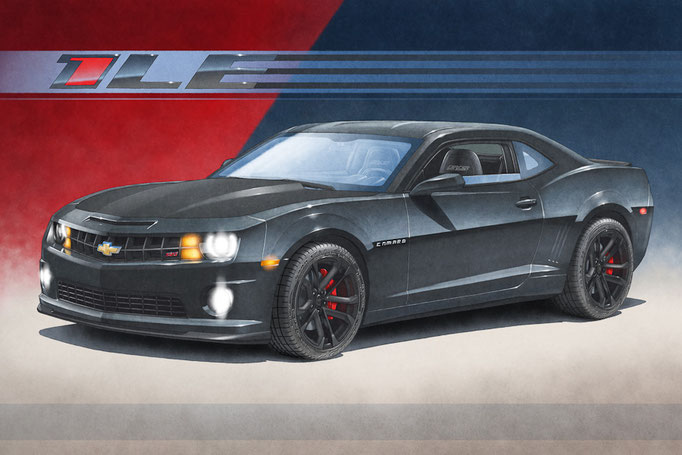 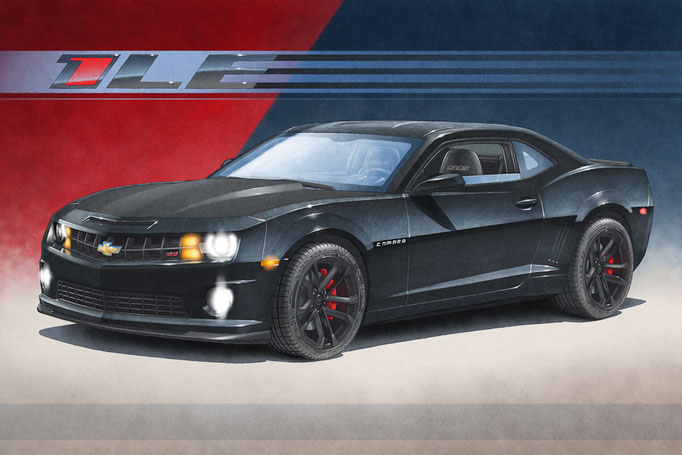 PRESENTATION OF THE ARTWORK

First of the line of the Camaro 1LE since return of the model during the early 5th generation years, the drawn portrait of the 2013 Camaro 1LE is proposed in 3 printed sizes.

HISTORY OF THE MODEL

A SUCCESS IN ATTRACTING ANOTHER

It was after achieving success with my portrait of 2014 and 2015 1LE that would become the idea of creating the 2013, first of a new bread.

A great option for the enthusiast of the car

A good gift to give at an affordable price!

The best printed size option for the proud owner

For passionate owners who want to go all out!

For all requests of last minutes of purchase, you can contact me:

The owner's edition print is signed and numbered 1/1, because it's the only one to have your car productions infos, like the VIN, date of built and purchase written on your print.

- Cheryl Holt, administrator of the Facebook group Corvette Unlimited was the first customer to order me the 2013 Camaro 1LE portrait. She ask me to modify the hood for a more bumpy one. It has t holes with metal grids at its opening. 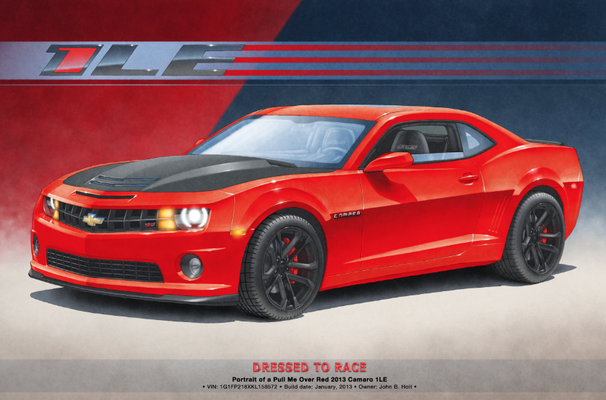 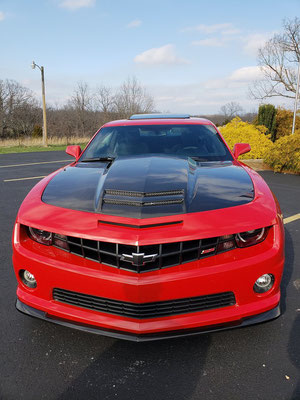 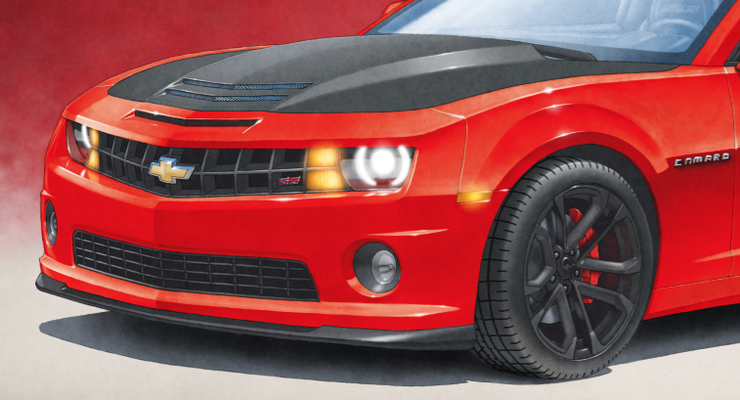 This order was for here husband, the lucky owner of this red Camaro 1LE that has receive this portrait has a gift!

SOME OTHER CAMARO SS 1LE AVAILABLE 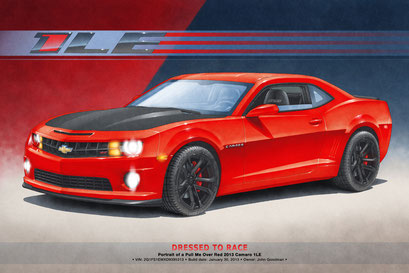 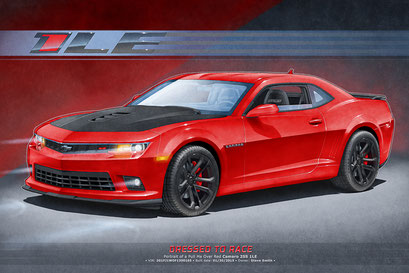 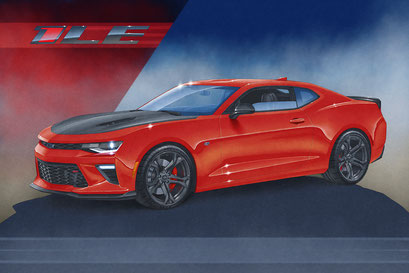 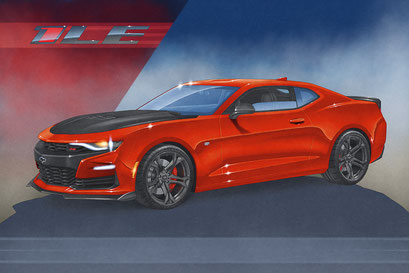 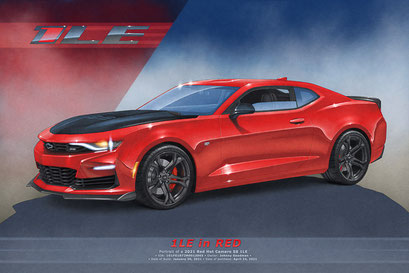 SUBSCRIBE TO THE QUARTERLY LEMIREART NEWSLETTER
SHOP WITH TRUST ON THE LEMIREART STORE
GARANTEE
LemireArt.com offers a total 30 days satisfaction guarantee. If you are not completely satisfied with the product you had purchased on Lemire Art.com, please return it for a full refund.
The return of the shipping costs is the responsibility of the buyer. The product must be sent in its original packaging. The total amount is paid upon receipt of the returned parcel.
SECURE SITE SSL
An SSL certificate is a data file that binds a cryptographic key to information on a website.
Installed on a server, the certificate activates the padlock and the "https" protocol in web browsers, to ensure a secure connection. Generally, SSL is used to secure bank transactions, data transfer and connection information, such as usernames and passwords..
SECURE PAYMENT
PAYPAL is the reference in terms of secure payment. LemireArt.com is a trade verified by Paypal, which indicates that Paypal has done research to confirm that the person is indeed the one that is identified in the Paypal database. Paypal allows credit card payments without you having to open an account.
SHARE THIS PAGE ON YOUR FAVORITE SOCIAL NETWORK
ABOUT LEMIREART.COM

Since 2001, I have created fabulous artwork for the Lemireart Ebay Store. I also do other kinds of artworks like human portraits, landscape and wildlife art.

As a professional illustrator working for a book editor, I create approximativly 3000 digital illustrations from 1999 up to 2010. They were used in visual dictionaries and reference book and websites.

I hope to have you as a customer soon!

From 2001 to 2013, we're been selling limited edition prints and owner prints on Ebay.

The main subject of the print were muscle, sport and classic cars.